This book is a very moving and beautifully unstoppable tale; tragicomic and appealing yet regrettable.

First published as a long short story in 1959, before being extended into a full novel in 1966 and then adapted for the film ‘Charly’ in 1968. The story deals with experimentation in human intelligence and its birth was no doubt influenced, at least in some small way, by the eugenics of the Nazis and the ethics of changing people ‘for their own good’. Keyes was also being pushed through medical school by his parents at the time of beginning to write the story, when he wished to be an author, instead. Other influences from Keyes’ teaching work with special needs students, honed the idea even further.

The main character, Charlie Gordon, is a floor sweeper with an IQ of 68, laughed at and scorned by those around him. Then, an experimental enhancement of his intelligence turns him into a genius and his life completely changes. Unfortunately, the mouse that the experiment was originally tested on, Algernon, begins to fade away in both brains and life, and Charlie realises that he may not have long to enjoy his transformation.

The book has been repeatedly, sometimes successfully (and incorrectly, in my opinion), challenged by American and Canadian censors for being sexually explicit and not worthy of being taught in schools; despite the sexual content being relatively gentle, non-pornographic and not even the central theme of the book, which I would argue is actually more to do with the natures of self-acceptance and friendship, how our worldview is coloured by our knowledge or ignorance, and the universal struggle for love.

If you’re looking for erotica, this isn’t it.

If you’re looking for a heartfelt and touching tale about the human condition, I can’t recommend ‘Flowers for Algernon’ highly enough. 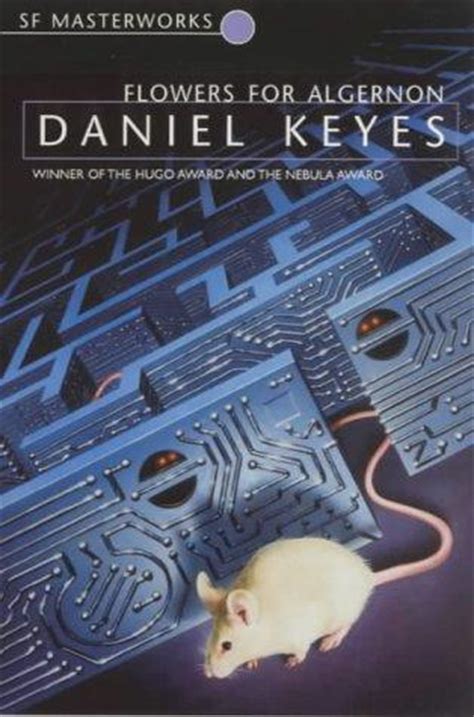