From the very opening scene of D. G. Palmer’s ‘Birth of the Mortokai: The First Chronicles of Daniel Welsh’, you know you’re in a safe pair of hands.

There is a lot of information given in the first third of the book, which might at times make it difficult to keep up, but it is well worth persevering; the world-building is solid, the magic system is not only believable but also understandable, the characterisation is good, the pacing is nicely done, the plot is well mapped out, and the Urban Fantasy / Fantasy / Comic Fantasy aspects all mesh together into a brilliantly fun coming-of-age adventure. There is some lovely humour and, at times, a gentle human depth to it.

Palmer’s biog mentions that he is an avid player of video games and used to play a lot of tabletop roleplaying games, so it is no surprise that this novel reads a bit like an RPG. It seems like some kind of mashup between Harry Potter (which I’ve never read. I know, I know…) and ‘The Chronicles of Thomas Covenant’ (a fantastic series written by Stephen Donaldson, which also has an ‘outsider’ as the protagonist). Or maybe it’s more like a cross between the Discworld series (written by the inimitable and much-beloved Pratchett) and the ‘Shannara’ series (also great reading, written by Terry Brooks).

Whatever it is, Palmer has his own, very accessible style – and it works.

I finished it all too soon, and am very much looking forward to the next installment. 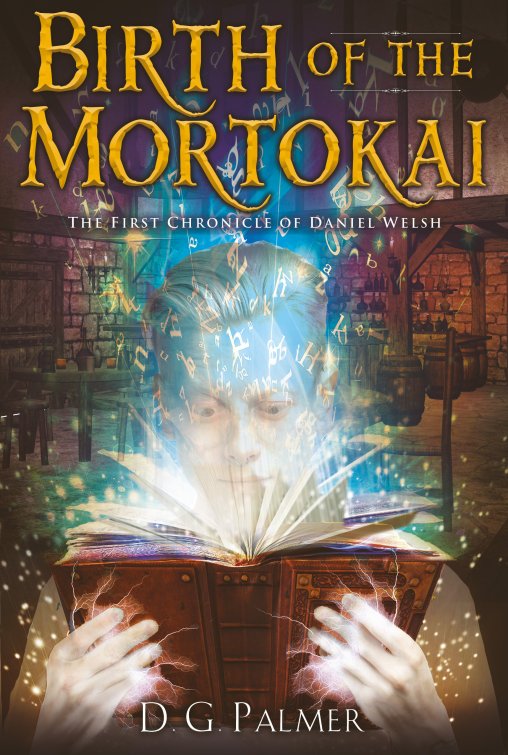 Daniel Welsh was born different—and to Daniel, to be different means to be alone. But what if he’s wrong?

Born an albino with a photographic memory, Daniel Welsh never expected to fit in. Yet, when he is approached by Trinity—a young girl who definitely isn’t human—she reveals a whole new world where he might just belong. Ariest is a place where his features aren’t a disability or the mark of a freak, but rather a trait of powerful mages born of human-faerie unions. His father is a renowned war hero and swordsman, his mother is a human doctor, and that makes him a powerful mage that’ll tip the scales. Magic is real—and so is the threat it brings.

Trinity and her father, a battle mage, aren’t the only ones to have discovered Daniel and his gifts hidden in the human realm.

The Shade have awakened.

Enemies to the fae realm long thought dead have been lying in wait for their moment to strike. Young mages like Daniel are the perfect morsel for their starving appetites and they start their killing spree without delay with the nearest unsuspecting mage boy. Daniel cannot sit idly by while monsters take innocent lives, so he will embrace a destiny he is only just beginning to understand… even if it means losing a life that’s finally worth living.

I do not get paid for reviews or blog tours and this is my honest feedback.