‘Tooth and Blade’ comprises parts one to three of Barr’s series, and it’s an enjoyable romp through a familiar yet mythical tale.

Barr’s done his homework with regards to Norse mythology, and woven it very nicely with aspects from the epic poem, Beowulf (written sometime between 975AD and 1025AD but almost certainly older than that, and of Scandinavian origin), to come up with this engrossing story of myth, fate, belonging, and coming-of-age.

He had a rich tradition to work from and doesn’t disappoint – the world-building is great while not being too restricted by the source material, and though some of the characters are a little two-dimensional (in the traditional style of both epic poetry and the clash of heroes, in all fairness), the protagonist is well-realised.

There were times when some of the language seemed out of place, though Barr does admit that he has changed a few things for the benefit of the narrative, so perhaps this modernisation of some of the language is deliberate, in order to make it more accessible to today’s readers.

In his postscript, Barr mentions shieldmaidens, stating that: “While they are often referred to in sagas and legends, there is scant archaeological evidence for the existence of female warriors in the Viking world and references in historical sources are spotty.” He’s not lying, but I think that (and I imagine Barr and I might enjoy debating this over a pint) to say that there is ‘scant evidence’ is more of a statement about the mainly male archaeologists’ interpretation of burials containing weapons, rather than an actual historical lack of female warriors. In 2017, for example, further osteological and DNA analysis of a 10th century chamber-grave in Birka, Sweden (originally excavated in 1889 and thought to contain a male, based on the presence of weapons) concluded that the body was female, one who was buried with all the accoutrements of a high-ranking warrior. Of course, their presence does not necessarily signify that she was a warrior – but this question never seems to even arise when it’s a male buried with weapons, does it?

However, Barr does go on to state that if you’d like a really good overview, check out “Women in Old Norse Literature: Bodies, Words, and Power” by Jóhanna Katrín Friðriksdótti. I second him on that. 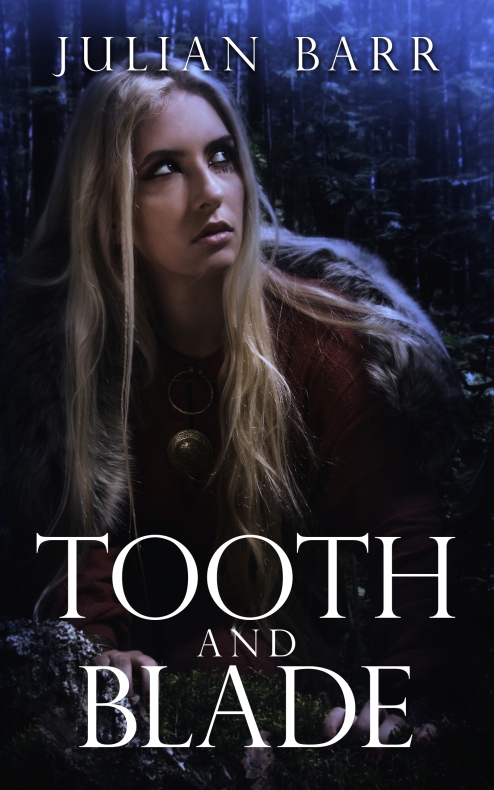 Two worlds. One destiny.
Dóta has dwelled sixteen years among the trolls. She knows nothing but the darkness of her family’s cave. Her mother says humans are beasts who would slay them all. Yet the gods of Asgard whisper in the night: Dóta is a child of men, a monster unto monsters.
To discover her human side, Dóta must take up her bone knife and step into the light above. Secrets await her in the human realm—beauty, terror, the love of a princess.
Soon Dóta must choose between her clan and humankind, or both worlds will be devoured in fire and war.
A monster sheds no tears.

I do not get paid for blog tours or giving my opinion, and this is my honest review.